So recently I have been jazzed to work on a trackplan for the EP&GL. 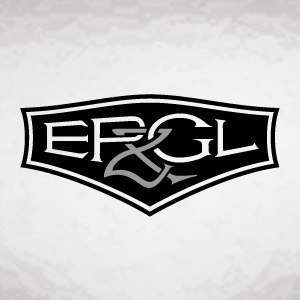 For those of you who don’t know my fictional railroad, it stands for the Eaville, Prosphur and Goode, Labormore Railway Company. These are 4 towns (in some cases cities) that are the delight (depending on POV) or bane of the rail barons of yesteryear. It’s really a social commentary on the old adage of the rich getting richer and the poor getting poorer. It might also have a religiously symbolic meaning too but I’ll let you search for that.

The setting for the EP&GL takes place during the years 1936-1939. I love the depression era. I love the fact that we have been on immense hard times and we came out ahead. That a really wonderful connotation to me. An uplifting story as it were. So this is the backdrop for the EP&GL.

It has always been my goal to model New York City and Chicago in the EP&GL. So I began my track planning search with that in mind. While researching I struck on a really great find provided by the BEDT trainweb.com website. I discovered the Harlem Transfer Company.

A very small (by city standards) railway terminal in the heart of New York City. In my research so far, I have found out that it was one of the first round freight houses that was in NYC. It built and operated by the DL&W and Erie. It is said that the CNJRR freighthouse that Tim Warris has been modeling was actually built off the design of the Harlem Transfer freight house. Hmm interesting indeed. So I took the basic plans I found on the BEDT trainweb site and I did what any n scaler would do – I blew up the track diagram to scale. It was like magic, I was giddy. I blew the freight house up to the required ~200′ across (which is about 15″ in real world ruler speak). I set it in the floor with some cars on it and it was MAGNIFICENT. I love it and the track arrangement. Now to figure out how to get it to work with the rest of my plans.

Here is my son and some n scale cars for size comparisons.

Hi,
the plan looks great.
Is there a possibility to download the modfied plan?
Regards
Stefan

Sure thing Stefan here is a link to the most recent plan. It’s different from the one in the picture. Link to image on flickr I would love to know if you do anything with it.